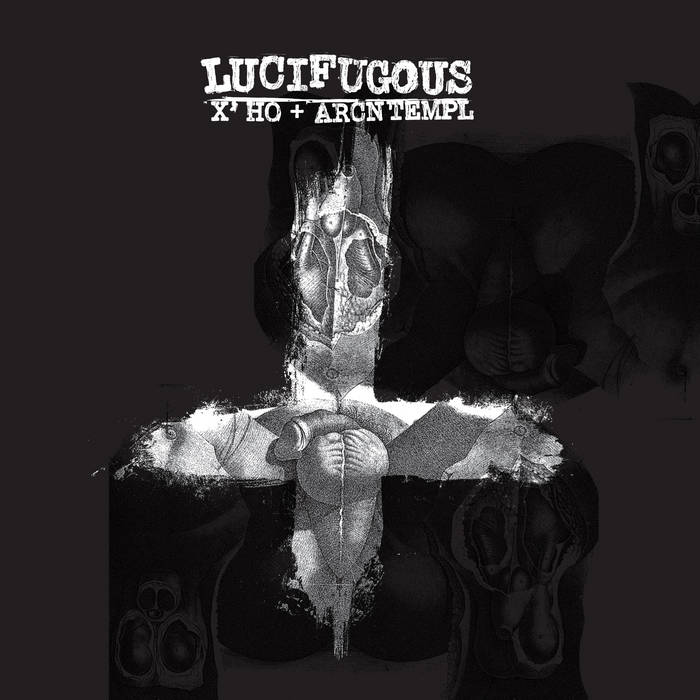 Working with Ara Ophidia for the latter album's closing track A Wet Dream In Biker's Boots, Ho decided that Ara O's ambient soundscapes would make a good backdrop for the "daily mantras". He imagined the result to be experimental, rough and decidedly dark - like ghostly hymns. The next thing was to pick the right producer with a strong understanding of his inclination. The choice naturally fell on Leslie Low and Vivian Wang of avant rock band The Observatory who had released an album just before, titled Dark Folke. That was in 2010.

When performing as a duo, Leslie & Vivian go by the name ARCN TEMPL. Upon hearing the end-result of Lucifugous’ production by Low and Wang, it was obvious that the duo did not just produce the sessions for Ho's vocals but also added rich and textured instrumentations, taking the album to a whole new level.

"I was quite blown away. What I imagined to be an experimental, rough and dark exercise turns out to be something far grander that's still experimental and dark but polished at the same time. It sounds like just the album I've always meant to make and now that it's done, it also feels like a bonus-reward," Ho says.

Lucifugous is not easy-listening by any stretch of the imagination. However, it resonates with an 'inspirational' groove emitted from the very nature of its "daily mantras". The album's dark spiritual force comes from the cracks of a universe and place where survival is deemed extraordinary. It isn't just a view of escape and redemption, but also a quest for a very dark invocation of light in visionary perception.

X’ Ho is a musician/author/DJ/experimental filmmaker making statements about the Singapore society. To date, he has written three books on the subject and made six short underground films. Of his recent solo albums, No Ordinary Country received this praise from The Business Times: “(It) should be required listening for anyone interested in plugging into a part of Singapore’s zeitgeist that too often lies simmering below the surface.” A better label could well be ‘underground’ of the hushed-up, buzz-free kind, which the mainstream media would generally not want to speak its name in tightly regimented Singapore. Musically or otherwise, Ho thrives in such a context.

ARCN TEMPL is the duo of Leslie Low and Vivian Wang, both members of Singapore avant rock band The Observatory. ARCN TEMPL has collaborated with design and art collective :phunk studio on their art exhibition, New World which has since travelled to Taiwan, Korea and Barcelona. In January 2010, ARCN TEMPL provided live, improvised music for the theatrical production of The Spirits Play by the late Kuo Pao Kun in New Delhi, India. The duo released their debut album, Emanations of a New World, on Utech Records in May 2010, signalling the discovery of Southeast Asian groups involved in some of the most interesting explorations in contemporary music today.


LUCIFUGOUS is available on limited-edition vinyl, deluxe-package CD with bonus tracks, and as a digital download.

A lonely man
lost without love and home
regresses to a frightened child
Only learned wisdom brings him courage
to face this selfish cruel world.
He
is armed with a special survival skill
to not be afraid to suffer
constructs his own alternate reality
against a system he was born in
for a reason.
Divinity decreed…
Such is the purpose of his loneliness
such is the will of his pained vision
A hope that love will find him
to lead him to the land of the free
His dream is now wrought with nightmares
of iniquity
where men fear not the damnation
of their souls…
His journey is shrouded in a cloak
of daggers, despair and derelicts
But he, the lost,
among lies of men that they are not,
is destined to venture
where mere mortals are fearful to tread
In Destiny’s hands & Divinity’s will,
he will journey unto himself
with a purity he’s long embraced
‘til he be truly, rapturously found!
And to eternally rest in the mind’s
deepest peace.
– X'HO

“All this arrogance…all this ignorance”
– Death In June,The Giddy Edge Of Light

Songs & lyrics by X'
Recorded and produced by ARCN TEMPL

Mixed by Leslie Low at The Well, June 2012
Mastered by James Plotkin


All songs written by X’ Ho, except Lamb @copyright controlled by Von

Les & Viv (ARCN TEMPL) for the assistance and knock-out production; Brennan (ARA OPHIDIA) for the sonic-atmospherics that helped inspire the process of this album; Luff Media for the support; Gary See; and all who helped in the making and realization of this dream project.

I want to make an album no one in my country would dream of making – songs with simple chords that drone like hymnal echoes of mental notes. Usually, the songs came to me after a night’s sleep. They feel like ‘belief-accessories’. I describe them as a form of ‘purgatorial minstrel music’ to help appease the raging disquiet.

ARCN TEMPL, the duo of Leslie Low and Vivian Wang, are members of avant rock band The Observatory. Their debut, Emanations of a New World, released on Utech Records, signalled the discovery of Southeast Asian groups involved in creating exploratory music today. X’ HO is a musician, author, DJ and experimental filmmaker. To date, he has written three books and made six short underground films. ... more

Bandcamp Daily  your guide to the world of Bandcamp

Guest hosted by Tamar Osbourn aka Collocutor and Toshio Matsuura.